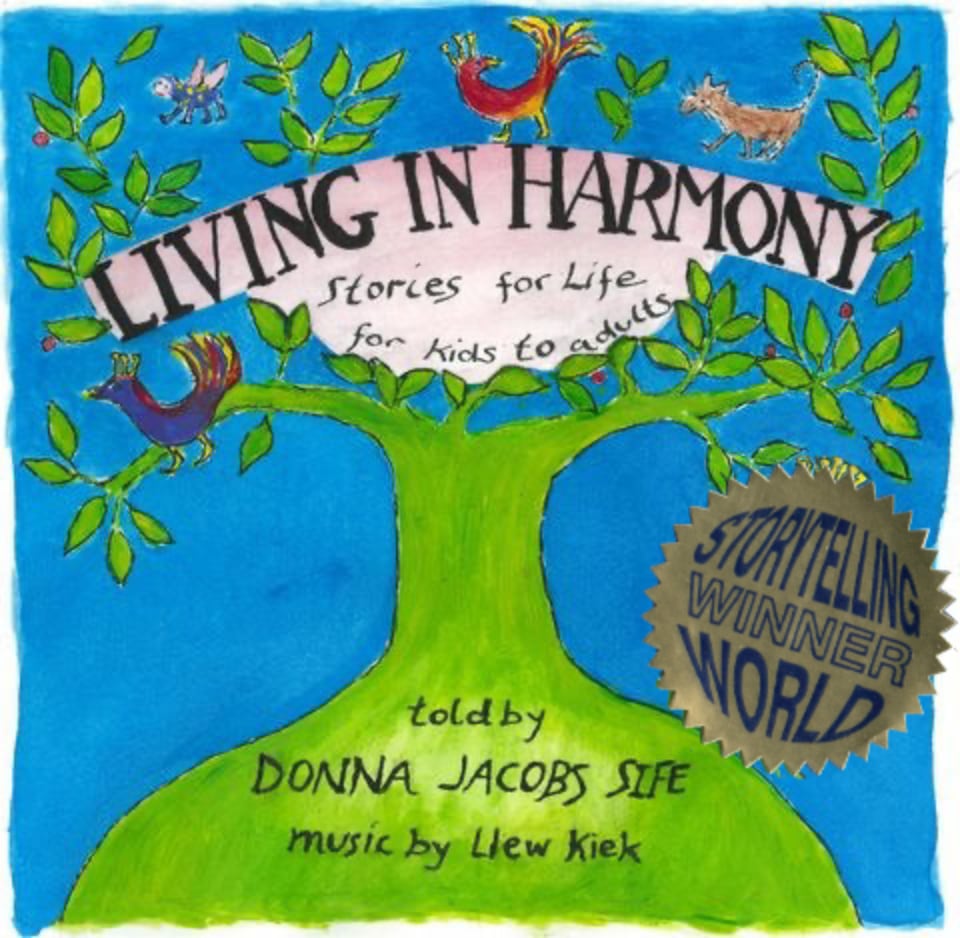 Listen to Samples of Living in Harmony

Parables are the language of the soul. Every tradition understands the unique capacity for stories to convey feelings and virtues , in a way that is non-didactic, non-confronting, and yet marvellously effective, somehow bypassing the mind, and heading straight for the heart.

Donna Jacobs Sife is one of Australia’s leading storytellers, a published writer and social activist, who has been telling stories in schools around Australia and the world for over two decades. Increasingly, the theme of her multi-cultural performances has been that of non-violence, conflict resolution, overcoming fear of difference, welcoming the stranger, developing the qualities that make for a noble character. She has been featured on ABC Radio National many times, on the Spirit of Things, Encounter, and Radio Eye, and in 1997 she received the National Storytelling Award at the one and only time such an award was offered at the Australian Storytelling Festival.

These are some of her best stories, developed over the years, for children from 8 to adult, held together by one story The Blind Man and the Bird. This story gives context to the stories it holds within it, through the conversation between one wise, blind man, and his younger brother-in-law. Their relationship develops as the stories unfold, and the listener is able to witness the process of understanding that occurs between them, whilst being entranced by stories from different traditions, that have taught us all the secrets of humanity since the beginning of time.

Donna and multi-Aria winner Llew Kiek have collaborated to produce a uniquely entertaining and yet profound response to the growing tensions in our culture. 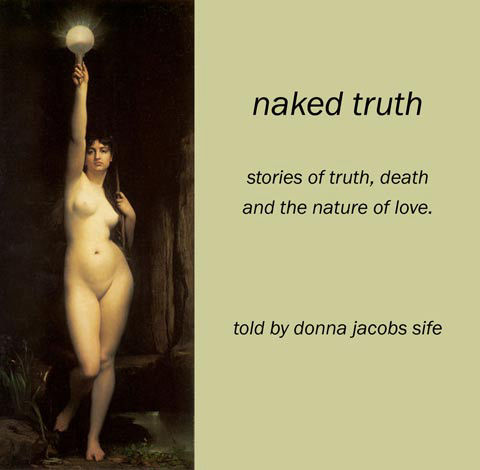 Listen to Samples of Naked Truth

1. Introduction - People Get Ready
2. Naked Truth
3. Lady Truth
4. The Strangest Places
5. A Piece Of Truth
6. Appointment In Samara.mp3
7. Yehoshua Ben Levi And The Angel Of Death
8. The Samurai And The Monk
9. Skeleton Woman
10. East Of The Sun And West Of The Moon
11. Poem By Sufi Poet, Rumi
12. The Princess And The Saint
13. The Wall
Buy Naked Truth

On this CD Donna Sife presents as a delicious and courageous storyteller- as indeed she is in real life. She invests much of herself in her telling and more is revealed with each replay of the 13 tracks, made live with an audience of friends. The recording establishes and maintains a consistent intimate atmosphere, part of which are authentic background sounds and audience laughter. To me it is a superb addition to the small number of CDs we have of Australian storytellers, helping us to appreciate the range of artistic talent we have.

I recommend ‘Naked Truth’ highly: I’m going to listen to it again and again.